A Sense of Peace 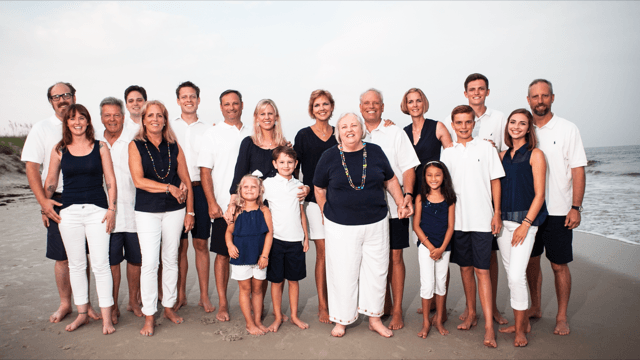 Do you want to know a secret?

For a long time Jim White kept his locked inside, even from those who know him best, not out of shame, just because there seemed to be no reason to share… he had long ago overcome. His life is in a good place of faith and of love. He is already viewed and respected as a leader and a giver. What reason would there be to reveal more? Why would he share any weakness or setback he faced?

Why? Because when we do, when we share our vulnerability and the details of our journey we give others permission to do the same. The more we know about each other, the more we can accept each other for who we truly are.

For Jim it’s truly a celebration. At the time in his life he faced the demon it was a death sentence. Yet now here he stands 40-years removed from the moment he was told he had won.

“At nine-years-old I was diagnosed with Hodgkin’s Disease,” says Jim.  That was 1971 and back then there wasn’t a ton of hope. My parents were told I had two good years left. Back then cancer was a big secret, most people felt like it was a death sentence and other people could catch it, it was contagious. It was something you didn’t talk about.” 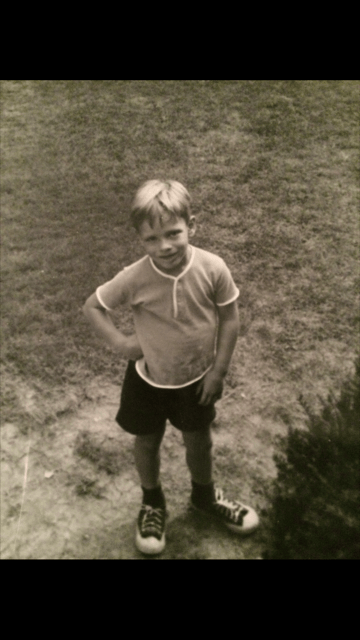 It was such a “big secret” even Jim’s parents kept it from their young son. “My own parents didn’t even tell me until a year or so into the diagnosis,” says Jim. “It wasn’t until I went to scout camp and would have to go to the first-aid facility for daily treatments that my mom got worried someone else might tell me I had cancer. I only knew I was sick, but up until that point I didn’t know why.”

“I still remember the moment. My mother pulled me aside, sat me down on the bed and said I need to talk to you. She told me I had cancer. I didn’t know what it was, or what it would do to me. I was also told not to talk about it. Even my sister and brothers didn’t know. I had been going through chemotherapy treatments a few times a week, but didnt’ know what they were. I was only told I was a very sick boy and I had to go to the doctors to get help and to get better. The treatments were at least twice-a-week or more for the first year or two. Not to mention the five surgeries I had been through, on my neck, my tonsils, my adenoids, sinuses and finally a biopsy before one doctor figured it out. The doctor removed as many lymph nodes from my neck as he could without crippling me and then turned me over to an oncologist. He’s the one who told my parents let him be normal… cause he only has one or two good years left.”

But Jim had no idea, no details – until that moment his mom told him the secret. Not that his life would be short, but that the “C” word was part of his life. In fact there was more than one “C” word… the one Jim refused to adopt even in his darkest moments… compromise. Although he wandered through the well-traveled valley of the ultimate question – why me, he never wavered on the foundation of his life, one his family had embedded into him from birth – faith. 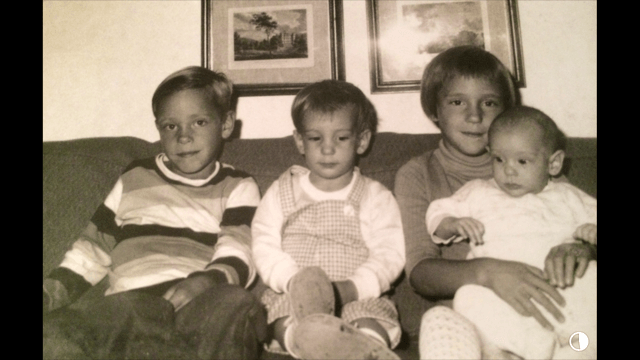 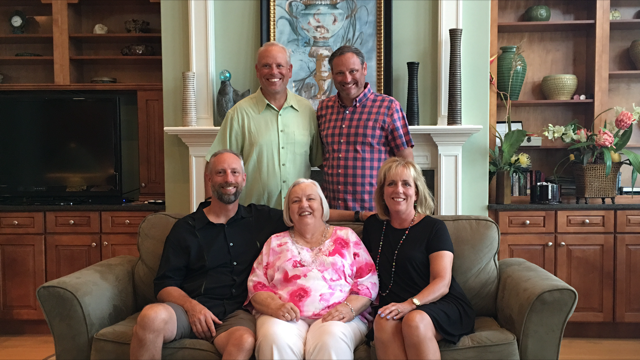 “I remember lying in my bed, or being out there on my own and trying to deal with these things growing up. But my faith drew me closer to God. We were a very tight family. My mom and dad were so supportive. Although he traveled a lot in sales, my dad was great. From a young age I still remember my dad taking me to church and teaching me the importance of faith in my life. I didn’t know much, expect never compromise it. My mom was amazing, she was always by my side. Always. She went with me to every appointment, to the hospital, or to the doctor.” 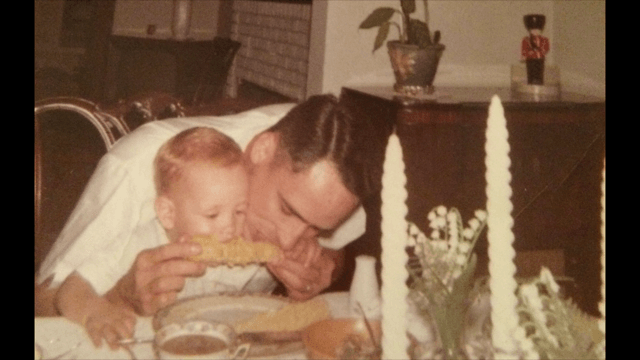 Despite the tremendous health challenge life presented in his childhood, since his father traveled so much, Jim knew he needed to be the man of the house when his dad was away… and to act like one. “Growing up, I was a skinny little kid, (made even more so by the chemo treatments), and other kids saw me as different. Even though I was small I wanted to be a leader. I was always volunteering to take on different assignments in class. I started a school newspaper in the 6th grade just to raise money for the school. We sold the papers for a nickel and used the money to buy equipment for the school. I worked to be successful no matter what.”

While helping to take care of his family and create success… there was still the secret. Four years had passed since diagnosis when Jim finally told his sister Susan. To this day Jim remembers it well: “Susan is one-year older than me and she had said I was getting special treatment since I was always spending so much time with our mom. Walking home from school one day, I was already 13-1/2, I told my sister I’m not getting special treatment… I’m sick. I have cancer. My sister was shocked. She started crying and asked me if I was going to be OK.”

“My younger brothers didn’t find out until they were 12-or-13, I was already about 18. Again, back in the day you didn’t talk about cancer. I kept it to myself. My friends and a lot of the people I’ve known throughout my life didn’t, or don’t know about it.” 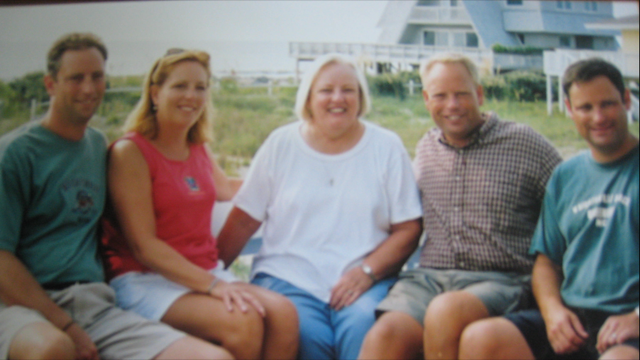 As so many times is the case, the cancer journey was not without its twists and turns. If life doesn’t provide you a straight line, why would the illness you are forced to deal with – deal with you any differently? As he battled the beast, Jim nearly was forced to give up his spleen. If not for a special doctor and the entire cancer board at North Children’s Hospital in Kentucky doing some more testing and investigation, and then offering him a last-minute reprieve from surgery, the course of his life – and his challenge with his health – might have turned out much differently.

Through it all Jim says his family kept the faith. “My family was very tight”, says Jim. “Faith was very important to us all. I still remember after mass on Sunday we’d always go somewhere – a museum, the park, or someplace else – in order to spend time together as a family. We weren’t rich by any means, but we had each other.” 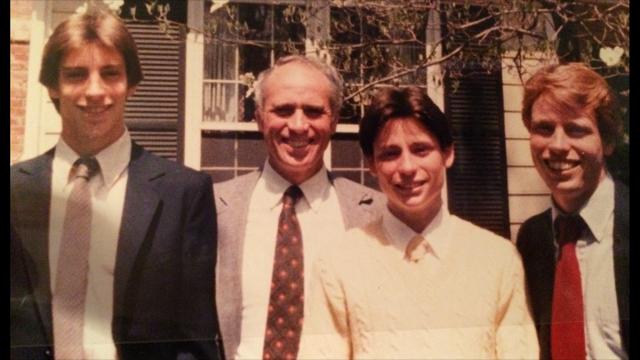 Health is wealth, but sometimes there are circumstances beyond our control. But so is family and faith, riches of life we have in our control and we all can aspire to emulate the path the White family chose to take, despite the challenges of living. Keeping those pieces of his life front and center led Jim and his family to hold steadfast to the hope for a better tomorrow and even though at first given only two years to live – by the age of 14 the doctors stopped the chemotherapy treatments, telling Jim and his parents he was in remission. A life sentence reversed. Jim says he was “definitely in the right place at the right time to get the necessary treatment”, but also appreciates his fortitude and faith to see him through. 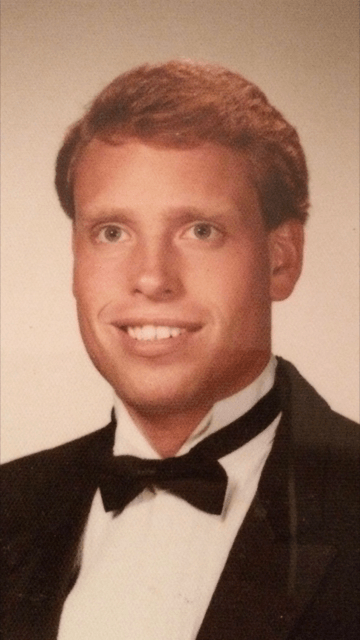 Through his childhood journey with cancer Jim learned not only the drive to have great success, but to celebrate, as he refers to them, “the little triumphs.” Jim also learned the power of helping those around him, as he himself was helped to heal and survive.  In college, at East Carolina University, he earned the right to become a member of the Sigma Phi Epsilon fraternity. The Creed of that fraternity: To strive in every way to live up to the high principles for which it stands. These are virtue, diligence and brotherly love.

Jim’s participation in that fraternity taught him life lessons and the power and importance of recruiting the right people to your cause and to work and to serve with you. His business acumen, (he graduated from East Carolina with a degree in business administration), led him into financial services, and his faith kept him tied to the church. At a church finance committee he met a man, Rick Berg, and together the two helped to finance and build another church in the Raleigh, North Carolina area. It is a labor of love Jim says, “in providing something bigger than myself and providing hope and encouragement to so many people who create their own families. It is a special community of people.”

Unfortunately Jim had to say goodbye and bury his father at that same church, but it was shortly thereafter he met his wife Terry, the two were wed at the church in 2002. The fragility of life and the fortitude of a great love, taking place in the same space. “I can’t imagine my life without Terry,” says Jim. “We got married for all the right reasons. We love being together and when we are apart, we can’t wait until we see each other again.” 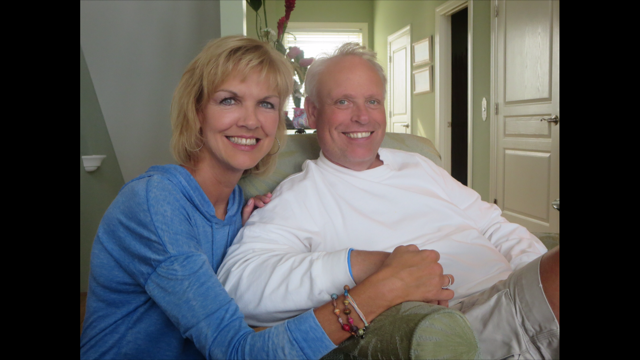 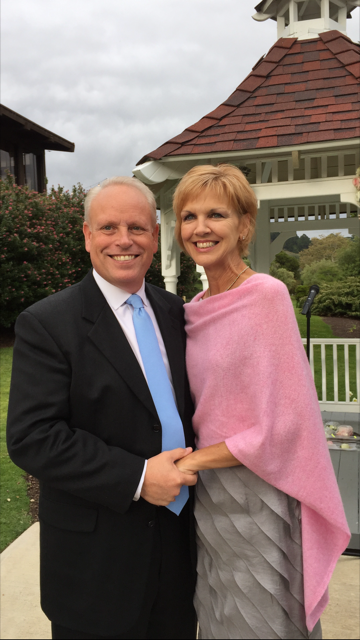 Jim’s professional life eventually led him to work in the insurance industry with his good friend Rick.  But in 1997, shortly after teeing off on the golf course, Rick suddenly dropped to his knees and died of a heart attack. The death of his good friend coming just months before Jim’s father passed away.

Jim went in and rescued the remnants of the now defunct insurance agency, trying his best to save dollars and distribute them to the families who helped build the company. In 2002 he was offered to come and work with USHEALTH Group, as Vice-President of Agency. The company faced some tough times, but in 2012 Jim says Troy McQuagge came on the scene and asked him to join his team in the home office as Senior Vice-President of Field Sales. Jim says he has had some great mentors over his lifetime, but with Troy it’s different. “Troy is a true visionary,” says Jim. “He really cares about teaching and building a legacy. Troy does a wonderful job of leading, providing mentorship and encouraging others to understand we are all called to make a difference, no matter how short, or how long our time here is on earth.” 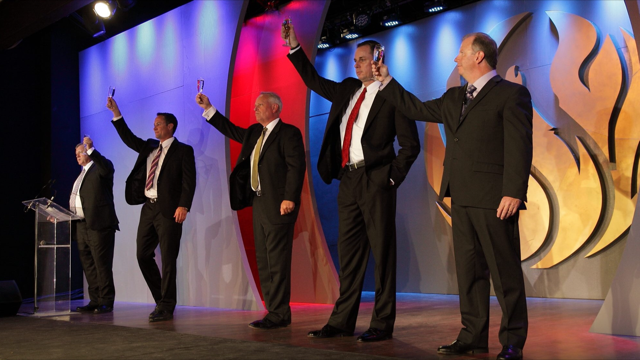 Battling and defeating the inner demon which threatened to claim his life, back in October Jim and his family celebrated 40 years in remission from the cancer. 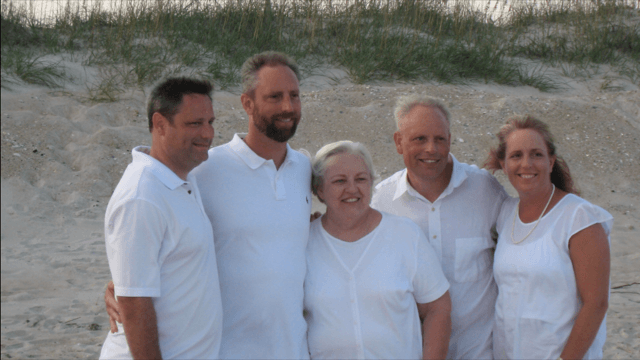 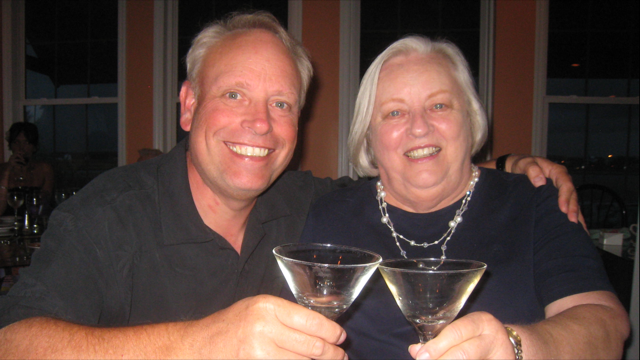 Jim says revealing his “secret” is kind of a “coming-out party” for him. But he also knows it will mean so much if it encourages people to, as Jim says, “strive to help others and make a difference in the world we all live in. When I look back at my life what I want to leave is I want other people to feel special, to know they were loved and that I cared deeply about them and that it was important to me to make a difference in their lives.”

For people to know he loved, he cared and by sharing his story, help others to better their own. For Jim White, a sense of peace. 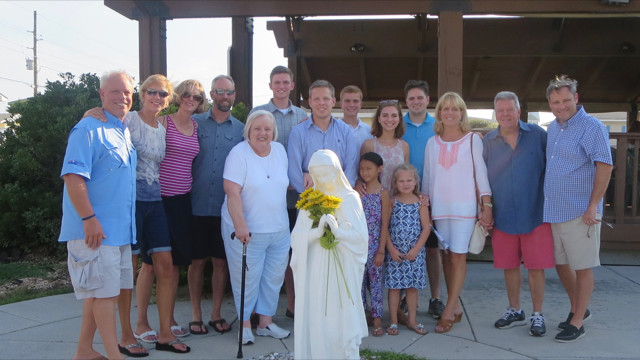 Until next time thanks for taking the time.

Be A Leader – Mario Garay

September 14, 2021
“Having sisters means you always have backup.” – Author unknown If a woman is one of the most powerful forces...
Read More

August 24, 2021
“If your actions inspire others to dream more, learn more, do more, or become more then you’re a real leader....
Read More

The Dance of Life – Jennifer Vossmer

August 2, 2021
“I hope you still feel small when you stand beside the ocean,Whenever one door closes I hope one more opens,Promise...
Read More