“The best way to predict your future is to create it.” – Abraham Lincoln

We all come from humble beginnings. No one is born to be less or to be average. We are all born as an open book, a miracle, a masterpiece, with some beautiful music inside.

What you do with that music is up to you. That’s where choice comes in. The choices you make define your life. But at any moment, at any given time, you can choose to change. Any moment is a chance to turn it all around, to turn that music into a beautiful symphony.

For Samantha Weigand, that moment came just a few years back and just months before she found USHEALTH Advisors®.

“Right before I started with the company, I had left what was a bad life for myself,” says Samantha. “I put myself into that situation with a boyfriend who ended up being abusive. One day, we got into an argument and he grabbed me by the back of my hair and cut off my ponytail. I said, ‘What the hell am I doing here? Why am I living in a hotel with this guy and living this life? I’m so much better than this. I grew up with people, with parents who supported and loved me. What am I doing with my life? I deserve so much more.’”

Sometimes it’s that single event, a circumstance so powerful, that brings awareness again to the miracle that resides inside you and that yearning to live the life you know you deserve. At that moment, Samantha knew she was built for more, but she had to make a move to create the change that would change her life.

“I had left home at age 18 and had moved down to South Florida,” says Samantha. “Now, at age 29, I moved back in with my mom and dad, with $11 to my name and with nothing going for me. I had my insurance license, property and casualty, and was making about $200 a week doing that work. Then, I saw this guy with a pull-up banner and a table at LA Fitness. At first, he thought I wanted to buy insurance, but I told him I didn’t need that. I wanted to do what he was doing. He told me I should come to a recruiting pitch. Once I saw the pitch, I immediately called my dad to ask if I could borrow $92 to get contracted with the company. I knew I wanted this. I knew what this would take. I had already worked in insurance and put in the 12-to-15-hour days. I knew what you have to put into this and what you can get out of it.”

In April 2016, Samantha left her abusive relationship and in September of that same year, she signed on with USHEALTH Advisors. By October, she had her first new business issued. The rest has been a great trajectory forward in all parts of her life. Samantha went to work and to date has produced more than $1,600,000 in issued business for USHA.

Samantha now serves as a Field Training Agent for the company, helping new agents to grow and her clients to obtain flexible health coverage. The positive energy of the company and the mission of HOPE—Helping Other People Everyday—helped to fuel the rest of her life as well. Only six months after starting with USHEALTH Advisors, Samantha had earned enough money to move out of her parents’ house again and into her own apartment. Since coming to the company, Samantha met the love of her life and not long after, her blessings doubled.

The couple has now become a family with the birth of their son, Billy Jr., who is almost 10 months old. It goes with the flow—as one part of your life gets better and you change your mindset to realize you are built for more, the other pieces of the puzzle start to fall into place.

Samantha credits several people, including her leader, Hiawatha Street, for her early success.

“I knew if I desired to make the money I wanted, I needed to sit next to the person who was already having that success,” says Samantha. “Hiawatha and I developed a great relationship. He is such a good trainer and would coach me right then and there at the moment if I was doing something wrong. He told me what to say, how to say it, how much work to put in each day, and how to track everything. If you copy what the successful people are doing, you’ll be ok.”

But in a twist of her story, the other person Samantha credits with helping her with her mindset and her success is the same person who she fled from to start her new life—her ex-boyfriend.

“Honestly, I have to thank him,” says Samantha. “I started working in the bar business when I was only 18. Partying a lot became what I knew, and I didn’t really hang out with the best people. I didn’t realize there was a whole other side of life. I just wanted to play and didn’t think about the future.”

“But in the beginning, this guy did a lot of good things for me. I met him at age 24 or 25 and he had just gotten sober, so I got sober too. Being with him made me realize I was an actual person and not just a party girl who slept all day and drank all night. I realized I am smart, I am strong, I am all of these things, and we built a pretty good life together.

“But it slowly went downhill, and I didn’t see it coming until the really big thing happened. But because he had shown me this other side of life, the thought of losing it all again to what had become a bad situation made me realize that this was not what I signed up for. I knew my life could be awesome. I had a lot of potential and I liked the feeling that I had to get it back, to fight for what I wanted, and now I knew I could do it on my own.”

Getting out and getting into the culture of USHEALTH Advisors, despite the hardship of what had just transpired, gave Samantha the momentum she needed, and it was leaders like Hiawatha that held her true to the task.

“I have to thank Hiawatha. He was my Field Sales Leader (now a Satellite Division Leader) in the beginning,” says Samantha. “I was still trying to get all the stuff out of my head from what had happened with my relationship. I was depressed getting over all of this but every morning, if I didn’t show up in the office, Hiawatha would text me, ‘You’re not here, so are your actions in alignment with your goals?’ It made me get going. Then, I would look at people like him and Liz Byrne and Taraina McCants, who were super successful, and I said to myself, “These people are not any different than me. They just work their butts off.’”

Now, as a Field Training Agent with USHA, Samantha has the chance to change other people’s lives, the same way hers has been transformed. She says it’s not easy, but it’s worth it.

“If you don’t believe in yourself, this won’t work,” says Samantha. “You can’t focus on the negative, you almost need to be insanely optimistic. It used to be if someone failed, it just hurt so much. But I had to change my mindset. If I do everything I possibly can for them and they run with it, I know they will make it. And if they don’t, at least I know I tried my hardest. We give our agents all the tools to be successful and if they want to get where I am, if they really want to get out there and make it happen, if they work at it, they’ll be fine. If they don’t do what we show them—the process—then I have a conversation with them.

“You don’t get instant gratification from the things that are actually worth it. So, the secret is don’t give up. I always knew in the back of my mind I would get to this point somehow, some way. If you want something, go and get it. At any point, your life can literally do a 180 and you can have things you never dreamed of.”

It can be in a year, in six months, or like Samantha, even in that one moment—in a single day.

The day her life changed, and she knew she was built for more. 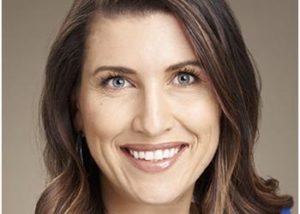 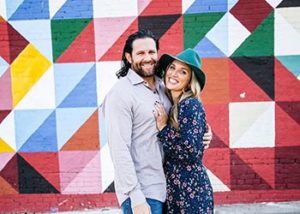