Too many times in life we don’t take action until we see the house is on fire – that house being our lives.

For Amy Mauk, she didn’t have to wait for life to blow up, she nearly lost her life and the lives of her family the night she woke up to some strange sounds. At that moment, in the darkness, Amy quickly realized it was time to go.

“I woke up and it was pitch black, but I heard these crackling and popping noises, then I smelled the smoke,” says Amy. “My son Karson, still less than a year old, was in my bedroom that night. Our master bedroom sat toward the front of our house, but Karson’s normal bedroom was toward the back, the one right next to the garage, where the fire began. Fortunately, he wasn’t sleeping there that night. We didn’t know it at the time, but there had been an electrical short in the garage, and now the house was on fire. We grabbed Karson and ran out the front door, just seconds later we saw the flames shoot through the roof.”

A close brush with what could have been a deadly disaster can give you a renewed outlook on the beauty of life.

Amy currently serves as a Division Leader for USHA in Tennessee, helping to run four offices in her group and changing many lives in the process –  those of her clients and her agents. There’s a fire inside Amy and she knows it.

“I’m not a person that gives up easily,” says Amy. “I’m driven to win and to succeed and I’m so persistent. I don’t quit, I don’t give up. I grew up on a big farm. My dad was a farmer, he worked from before the sun came up, until after it went down. I grew up with the same work ethic. You have to work really hard. I was always naturally good at sales. Even in high school, I would sell the most cookies and always be one of the top salespeople for any fundraisers. In the back of my mind, I knew I always wanted to own my own business.”

Now, Amy does. But with USHEALTH Advisors she’s realized she’s in business for herself, but not by herself.

“When I found this opportunity I remember what really enticed me was the ability to earn residual income. I could put in the same hard work I put in at other companies, but my efforts could help more people, make me more money and know that it’s my own business. I also liked the fact we were selling outside of Obamacare with something everyone needs, health coverage they can afford.”

Once Amy got the ball rolling she wrote $155,000 in annual volume in her first 13 weeks at USHA, shattering the $100,000 milestone the company loves to see new agents accomplish in their first 90 days here. She did all her sales face-to-face and in 2015, in only her second year at USHEALTH Advisors, Amy became the first female in company history to eclipse $1 million in issued sales in a single year.

But just because Amy says selling comes easy to her, doesn’t mean it’s been easy to get to the place she is now.  Successful people travel a hard road, most times harder than those who never make it, for no one is immune from failure.

“One of my biggest challenges in life was when I moved from where I grew up in Indiana, to Ohio,” says Amy. “I graduated high school and went to college at the University of Northwestern Ohio. I went to school for business administration, then got a master’s in organizational management. But while I was living in Lima, Ohio it was really difficult to make enough money to get ahead. I was always living paycheck to paycheck – as the saying goes – robbing Peter to pay Paul. It was a constant battle to pay the bills. I got a good job at a radio station selling advertising time, but there was still never enough money to do the things I wanted to do, while at the same time dealing with family issues. It wasn’t easy seeing someone you love struggling, while you yourself are trying to make a go of it and simply survive.”

For a few years, Amy sold property and casualty insurance and then ended up working for a cellphone carrier, where she was employed for nearly ten years. The company helped pay her way through college before she went to work as a rep for a prominent advertising company. “I was making good money at that company,” says Amy. “In what turned out to be my last year at that company I was supposed to get a $20,000 bonus, which I worked all year to achieve. But in the same month I was supposed to get the bonus, which never materialized, the company also hit me with a charge-back on a big sale that had canceled, so I basically made no money that month. I said I’m not doing this anymore.”

Amy went looking and ended up going to an interview for USHEALTH Advisors, where her current Regional Leader, Andy Montague, was doing a pitch. “I remember walking in,” says Amy, “then nearly walking out when I realized it was a group interview. But then I said, ‘ok what’s it gonna hurt?’ “I actually got really interested in what he was saying and though I came back for two or three interviews, I finally contracted and wrote my first new business at the end of July 2014.”

Fast forward to March of 2020 and Amy is now a Division Leader who is quickly climbing toward the $100,000 million dollar mark in team sales and nearly $2,400,000 in personal business.

Like anything else in life, when you find what you love you have a desire to share it with others as well. Amy says for the new agents on her team or any new agent coming to the opportunity, it’s about focusing on what works.

“Focus on and learn from the successful people,” says Amy. “I focused on whomever I could to make sure I could learn fast. I am already so competitive and want to win, so I would do whatever I had to do to write more business. I would drop my kids off at school, then go work. I would pick them up from school, get them situated and then start working again. I would work in the car while they played at the park, or at some sporting event. I always had my laptop and my hotspot on my phone. It’s all about the work ethic. I tell new people to work – because at the end of the day it’s your business. If you were going to start a Subway franchise you would need $250,000 and you’d have to work probably seven-days-a-week to make it a go. This is no different, except you don’t need the $250,000, you just need the work ethic – find a way to make it happen.”

It’s also about what drives you. When you find your why, your purpose, what it is that gets you going in the early AM and keeps you up late at night,  that’s what you must go all in on. Because if it works for you and you work on it, amazing things can happen.

For Amy, her why is all about giving back.

“What I am really about is other people,” she says. “I just want everybody to have the opportunity to get whatever they want out of life. If I can help somebody I will, whether it’s agents, clients, my family, my boys, Karson and Kayden – I would rather see everybody else be ok, before me. If I had five-dollars and it was all the money I had in the world – and there was somebody that needed something – I would take my last few dollars and get it for them. Sometimes my desire to see others succeed is not a good thing, because I hang on too long. I want it more for them, then they want it for themselves.”

But Amy knows if she gives all she’s got, then it’s not her giving up on that person, it’s that person giving up on themselves. “One of my greatest accomplishments is what I’ve been able to do in the past five years with this company – to touch so many people, more people than I ever thought possible. I get to help and serve my clients, and I get to help my family and give everyone what they need, things I couldn’t do for them before. It’s all about the ability to actually help another person and change their life.” 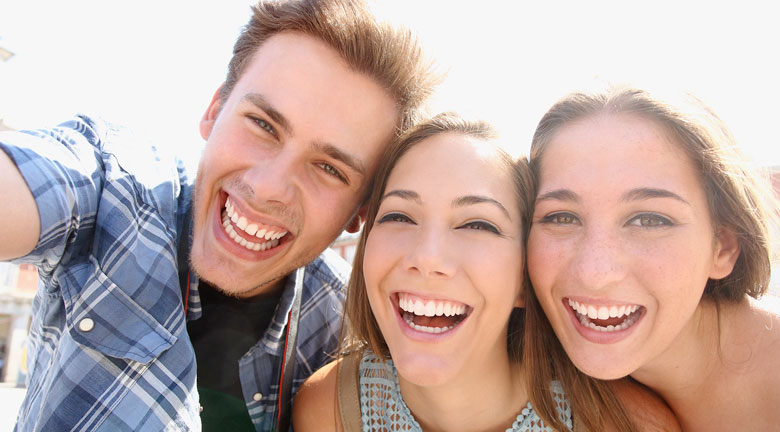