Helping Other People Everyday (HOPE) is more than a clever acronym for the staff, management and independently contracted Agents of USHEALTH Advisors (USHA). For us, it is a mission we strive to live out daily—an organizational commitment to make a positive difference in the lives of others.

USHA’s mission of Helping Other People Everyday was initiated in 2010 by Troy McQuagge, who had just been named President of the company. Today, USHEALTH Advisors and its parent company, USHEALTH Group, Inc. have experienced exponential growth; with McQuagge now serving as CEO of a corporation that executes at a level that is 10 times greater than when he began. For their first HOPE project, McQuagge and other company leaders partnered with the Phoenix of New Orleans (PNOLA) organization in the aftermath of Hurricane Katrina. Together, they took on the task of rebuilding homes in some of the hardest hit areas of the city. The company volunteered hundreds of man-hours toward razing and restoration efforts to ensure safe and sound housing for residents of the lower Mid-City area of New Orleans.

USHA continued its mission of HOPE in 2011 when company leaders provided thousands of dollars’ worth of new shoes, clothing, baby formula and other needed supplies to The Crisis Nursery, a non-profit children’s shelter serving the Phoenix/Scottsdale metropolitan area. “Whenever we gather our people together for a business meeting, we also try to give something back to our host city”; said USHA’s Sr. VP of Sales, Travis Yoder. “We believe our business should be about more than just commerce. We believe it should also be about people.”

When USHEALTH Advisors returned to Phoenix for its 2012 Leaders Meeting, the company once again fulfilled its mission of HOPE by presenting a check for more than $25,000 to HOPE Kids Arizona; a non-profit support community for families of children with cancer and other life threatening illnesses. A year later, when the company’s leadership learned that HOPE Kids had opened a chapter near its headquarters in North Texas; USHA donated another $45,000 plus.

Each year, USHEALTH Group’s family of companies expands its mission of HOPE in many ways … with different organizations and in many different communities. Semper Fi and America’s Fund, The Wounded Warriors Project, Trinity Habitat for Humanity, Toys for Tots and countless other charitable organizations across America, have all benefited from the dedicated efforts of USHEALTH Group employees and agents.

When asked to describe the reasons behind the company’s mission of HOPE, Mr. McQuagge said “Every company has a ‘soul’. That ‘soul’ lies at the very core of who the company and its people really are. Our people have made it their mission to help and serve others whenever and wherever they can. For me, there is no more noble way to run a business or to live your life.” 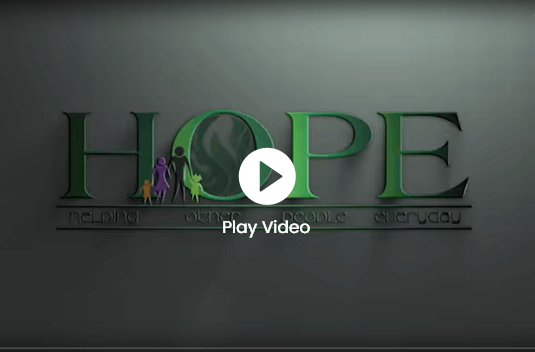 USHEALTH Group’s Senior VP of Marketing, Bill Shelton, added “Living a mission of HOPE is something that we have been dedicated to fulfilling since the launch of USHEALTH Advisors. This is who we are and what we do as individuals, and as a company. For us, there is no other way to live.”