Leader of the Pack – Bonnie Phelps

“It’s not about the quick game. This is the long game. This is really all about customer service, helping the client navigate the insurance market and making sure they are put in the best position. I really try to instill this in my agents, because as we grow it then builds upon itself – and I grow too.”

Bonnie Phelps knows that success in business, as in all of life, is about patience, perseverance and putting in the time. It’s also about having great survival skills, developing real relationships and the ability to bounce back from any challenge.

Bonnie knows this because she’s lived it.

“The biggest challenge of my life came when I was a freshman in high school,” says Bonnie. “My family consisted of me, my twin sisters, who are about a year older, and my mom and dad. Because of the business he was involved in, my dad wasn’t around much. Right about the time I turned 14, he wasn’t around at all. He left.”

Bonnie says her mom was hurt emotionally and devastated financially – because when her dad moved on the family was left with about six-dollars in the bank.

“It was a tough thing for my mom,” says Bonnie. “She never expected this. She had moved from Scotland to marry my dad, and because he worked so much and made a good living, my mom didn’t have to work. But she did do all the work around the house – home improvement, designing, decorating. She is small, but she is a beast in every sense of the word. But my dad’s leaving shocked my mom and so my sisters and I had to be the force to help her get back to where she was before… including going back to work.”

“At first I was angry about what happened, but when everyone – me, my mom and my sisters, started working I became grateful it happened when it did because we became very independent women and now don’t rely on others to get us anywhere. I give a lot of credit to my mom for that, for being such a great example. She is a great role model. She’s a little Scottish lady, but she means business. We are all on course doing what we are doing and what we love to do – and so much of it is because of her.”

With her mom as the inspirational role model leading the family, Bonnie was able to get busy as well, first working to earn a buck and help the family, but eventually moving forward with her passion for helping other people.

“At 15 I worked in a tanning salon,” says Bonnie. “I worked there until I graduated high school and attended the University of Central Florida. I started off pursuing nursing because even then I wanted to help people in some way, but science was not exactly in my wheelhouse. So I switched to psychology and human resources, merging the two into a business degree.”

During her college career, Bonnie decided to accept a summer volunteer position at the Panther Ridge Conservation Center in Loxahatchee, Florida. Her experience there was the deepening of a personal perspective that has stayed with her since that time…that animals can teach us a lot about life and about love.

“When I was working at the big cat sanctuary with cheetahs and jaguars I was not a cat person,” says Bonnie. “But I learned they’re just like little cats, they want to be loved and can give love right back.”

“I don’t know if it’s the spirit of animals that touches me – they truly mean no harm – animals have always been that warm center for me, back to who we are or who we are supposed to be. We’re all trying to survive each day and protect our families and those we love – and you see that in animals too. Their unconditional love is unmatched.”

While volunteering helped fuel her passion, Bonnie also needed to make a living. To earn money while in school she spent time working in the financial aid office at UCF, before getting a job as a recruiter for a small firm in Orlando, Florida. But for Bonnie, neither position was built to last.

“Working at the university was not great,” says Bonnie. “There was not a lot of upward momentum and most people who worked there stayed there for ten, twenty or thirty years. That was not for me. In my next job as a recruiter for an I.T. company, I was calling people to see if they were interested in a position and talking about in-depth computer skills to encourage them to join the firm, but I had no idea what I was talking about. I was just trying to wing it. It was difficult and it wasn’t something I wanted long-term.”

At the same time, Bonnie was watching what her friend Yasmine Behr was doing at a company called USHEALTH Advisors. “I saw Yasmine was doing great at USHA and loving it,” says Bonnie. “I’ve known Yasmine since my freshman year in college and we operate the same way. I figured if she is doing well and she likes it, I should give it a chance too.”

Bonnie got going with USHEALTH Advisors in February of 2018 and in less than three years she’s helped a lot of people – to the tune of more than $2.5 million in personal issued business and more than two-and-a-half times that number in team issued business as a Field Training Agent in the West Palm Beach office.

Despite all the success however, Bonnie says it was a challenge getting used to the career change.

“My start at USHEALTH Advisors was not easy for me,” says Bonnie. “I never thought I would be in sales, that wasn’t in my wheelhouse, it wasn’t like working in customer service or with animals. And it was a big, big shift from the 9-to-5 work environment where you have these tasks to do – and then you are done with the work and you go home. Working at USHA is not anything close to those metrics. I saw the people around me working hard and knew myself that you need to be in the office as long as it takes on any given day to make it happen.”

“But I almost became too neurotic, worrying about saying all the right things, afraid to answer a question and maybe say the wrong thing, so I got scared of being on the phone. But then I sat with multiple sales leaders, like Josh Cohen, Jennifer Hmielewski, Chris George, Lisa Trotzke and they all really helped me. I could watch and see how each had their own style. Last year’s open enrollment season was a turning point. I was now in the West Palm office and could see it was the right team for me. There was just a different way of explaining things there and making it more personable for the client. I was having really great days, talking to so many people and they were so thankful for the conversation and the assistance. I got past my own barriers and knew that what I was talking about was important. I had always known if I stuck it out and stayed the course then great things would happen.”

Great things have happened. Bonnie is now living proof of the freedom and choices she is experiencing because of her association with USHEALTH Advisors, her leadership team and the agents around her. Most importantly Bonnie understands her role as a leader comes with great expectation and responsibility.

“It’s important that we as leaders set the example from day one,” says Bonnie. “We cannot waiver an inch, we must sacrifice more time and dollars and show others that the right way is the only way to go.”

It also means compassion, caring and helping others to find their why and their way and help lead them to their own desired destination in life.

“I think everyone has a story and everyone has gone through their own version of what I’ve gone through. And it’s not the same for everyone. But how do you move forward from that? Do you head down a good path or a bad one?  It’s a choice. For me with USHA, all of my agents have their own stories too and so there is no one way to lead a pack. You have to listen to everyone individually and help them create a path to meet their needs and desires and hope they will do the same for others.”

Bonnie’s idea of leadership and service is a mirror to the experience she had with the big cats she once cared for. She describes the cheetahs and the panthers as pure souls, without bad intent. Animals love unconditionally and at the end of the day, it’s all about helping those in your care, giving love and making sure your own pack doesn’t just survive… but thrives.

Humans are social animals, looking for that tribe to belong to, for someone to understand them, show them compassion and lend them a helping hand… making the leader of the pack one of the people we admire the most.

It’s all about HOPE, Helpling Other People Everyday – and Bonnie Phelps is leading the pack and leading the way.

Leader of the Pack – Bonnie Phelps

January 5, 2021
“It’s not about the quick game. This is the long game. This is really all about customer service, helping the...
Read More 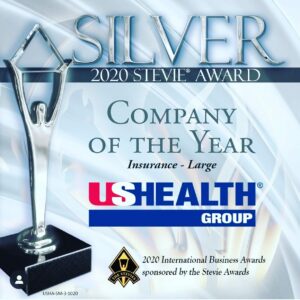 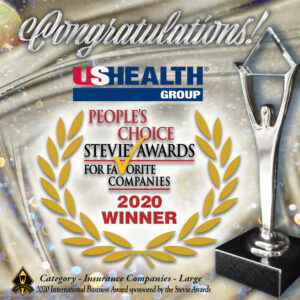